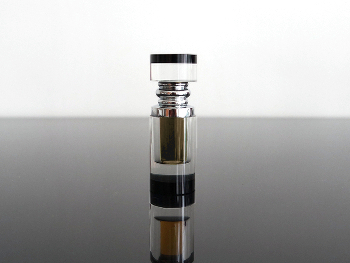 By now you already know, Agar Aura's focus is on hand-picking rare batches of wood from all corners of the agarwood producing world and then meticulously distilling them for their precious oil.
What you don't get is ready-made generic oud oils that you could easily buy directly from distillers yourself – thanks to the advent of Instagram and Facebook.

But every now and then, I stumble across some goldie oldies, the likes of which I simply cannot distill by myself anymore. The rapid depletion of awesome agarwood in most jungles across the oud countries is the reason for that.

Malay Atique is one such oil. The raw material was wild agarwood harvested from one of the two far-eastern States of Malaysia; either Terengganu or Kelantan.
Wood like this I cannot get anymore.

My own gut sides with what the distiller recalls as being more likely: that it was distilled from Terengganu wood.

Of all the jungles of Malaysia, Terengganu oud - both the wood as well as the oil - are the most sought after by Arab connoisseurs. The most salient feature of Terengganu wood is it's naturally perfumy character; and it also possesses a silky sweet resinousness which stands in stark contrast to the crisp, rugged, and zesty profiles of the majority of oud species found across the jungles of the rest of Malaysia.

How is this oil different from our most prized (Gen3) oils you ask?
Gen3 oils (like Mahkota) allow you to experience in oil form the most dazzling facets of oud that only connoisseurs are able to grasp when heating raw agarwood. It's a 'PhD level' oud experience. For the average person, when heating agarwood those nuances simply fly over the head.
On the other hand, oils like Malay Atique are for just enjoying the awesome straightforward aroma — no fancy post-grad required.
To date I have smelled only two other Malaysian oud oils that behave similar to Malay Atique.

Agarwood petrichor. 'Fuzzy' green jungle notes, almost like oakmoss. Antique store. A squeeze each of orange and lemon. A dusting of cinnamon and vanilla sugar. A hint of linden blossom. A glimpse of purple florals. A sticky sweet bed of gooey black resin.

Malay Atique personifies the aroma that spread the love of Terengganu oud across the Arabian Khaleej, among Sheiks and connoisseurs alike. To this day, the majority of enquiries I receive from Khaleejis are for Terengganu oud.

At long last, the container has been taken out from my vault and dusted off.
This is your opportunity to collect a rare relic of history.