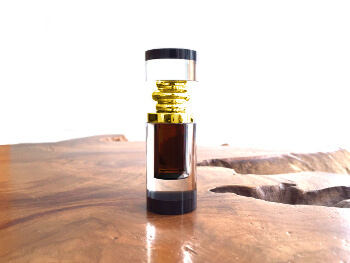 By now you already know, Agar Aura's focus is on hand-picking rare batches of wood from all corners of the agarwood producing world and then meticulously distilling them at our factory in Malaysia for their precious oils.
What you don't get is ready-made generic oud oils that you could easily buy directly from other distillers.

But every now and then, I come across some batches of oud oils from an era gone by and decide to add them to my personal collection, and occasionally offer such oils on our website.

Khmer Atique is one such oil.
'Khmer' is the Cambodian word for 'Cambodian'. 'Atique' is Arabic for ancient or antique, and is commonly used to described oud oils that have been aged for a long time. Khmer Atique personifies the aroma that spread the love of Cambodian oud like wildfire across the Arabian Khaleej, among Sheiks and connoisseurs alike.

What's most fascinating is that since this oil was distilled from the Aquilaria Crassna species of oud (the 'oiliest' species of agarwood), in an era / using distillation methodology which preserved the 'straightforward' aroma of the wood, applying this oil on your skin will literally mimic the experience of heating high-grade oily Cambodian agarwood chips. But it doesn't happen right away; this oil is thicker than blackstrap molasses and the aroma initially may seem rather quiet, but as it warms up on your skin the aroma starts to get stronger, developing like a glowing aura around you.

Cork, dark cherry syrup, molasses, subtle notes of fig and prune, pipe tobacco, the pipe itself (that gramps used for a good half century), a dash of black pepper, a hint of coffee grounds. Basically old school Cambodian

To date there are only 5 other oud oils I have ever smelled that smell and behave similar to Khmer Atique. The most famous of them is the legendary vintage batch of Thaqeel by the Arabian oud house Abdul Samad Al Qurashi.

This is your opportunity to collect a rare relic of history.