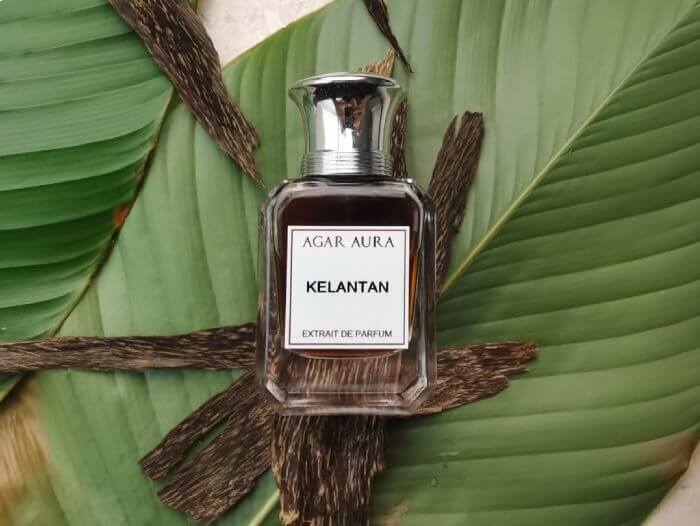 One of the things that surprised most folks who smelled Kinam Attar was that it smelled identical to heated kinam wood slivers. Not an approximation, not a cheap imitation utilizing birch tar to emulate the wood burning experience. No, it was like literally sticking your nose inches above gently heating precious kinam.

Given the success of Kinam Attar and Khmer Kinam, we are excited to unveil Kelantan; our first ever extrait that captures the true-to-life aroma of sizzling (non kinam) agarwood chips. This time, the aroma is that of fuming "super king" grade agarwood nuggets.

Kelantan is an ode to oud from the northeastern tip of Malaysia, the State of Kelantan Darul Naim ("the Abode of Bliss").

Along with kinam, my experience with the 'Candan' agarwood species from the eastern coast of Malaysia (including Kelantan State) most likely surpasses that of any other westerner.
I do not say that with hubris.
As for kinam: I have been using it as medicine for... I don't even remember how long. Chewing it relieves me of my chronic eye pain stemming from a condition that I have.
And as for Malaysian agarwood: Agar Aura operated primarily as a wholesaler of wild Malaysian agarwood between 2014-2017, and we handled some of the finest east-coast Malaysian wood eyes have ever seen (this was one of our very last batches - wood like this is extinct in Malaysia now).

So it is no coincidence that for Agar Aura's true-to-life wood extraits, sizzling kinam and bubbling Malaysian agarwood are the first two scents I went for, as they are the ones I am most intimately familiar with.

If you've already tried our Kinam Attar and Khmer Kinam then it should come as no surprise that Kelantan also captures it's eponym's scent and soul perfectly.
Utilizing our in-house aged cinnamon and vanilla tinctures for the right kind of rounded creamy cinnamic aroma (far from the shrill tone of cinnamon essential oils and absolutes), Malaysian tea tincture to give that bellowing oomph to the bittersweet resinous tones, and the most scrumptious propolis extract that brings the super king grade velvety feel to life, Kelantan captures every facet of the wood perfectly.

There's of course the lip-smacking cola that all species of Malaysian oud are well-known for.
An ethereal, mentholated aroma permeates the opening notes, identical to what you find in all of the highest grades – the best being super king grade – of Malaysian agarwood.
But Kelantan wood is primarily known for its pepper and orange shortbread notes, and they join the stage soon.
Then there's the mouthwatering vanilla-cinnamon cake baking in the oven aroma – without exception, all super king grade agarwood regardless of provenance possess this aroma.
Chewy resinous and deep green jungly notes sing their melodies into the drydown.

The two most loved Oud scent profiles in the western hemisphere, by a mile, are Vietnamese and Malaysian. Few, though, have experienced what the aroma of the raw woods have to offer.
Kelantan gives you the chance to experience exactly that. A couple spritzes on your chest or garment, be prepared to be swept up and swirled away into the most fragrant reverie.