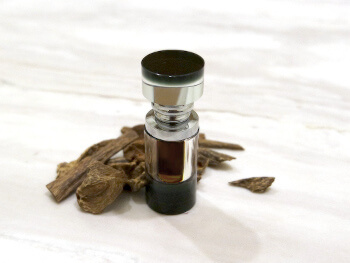 This is it. This is where Borneo oud lovers get off the train.

I present to you Royal Malinau, from the most prized jungle in Indonesia - Malinau. And not just any Malinau wood, but proper incense grade Malinau of mythic proportions, and our finest to date.
Wood like this does NOT get ground up for distillation. But this is Agar Aura, after all – so that is exactly what we did. After countless hoops and hurdles involving logistics, customs, and more, the wood finally arrived, it was distilled, and the oil was... exactly as expected: a carbon copy of the wood - i.e. spectacular.

No stale peanut shells and fertilizer odors, the hallmark of the bulk of 'Malinau oud' oils in the market (which is in reality the byproduct of wood from young poorly resinated agarwood trees and Adau species wood). No-siree, this is the legendary real-deal Malinau of olden days, what is for the most part only available today in the Chinese collectors' market as 'Dalakan' (Tarakan) agarwood – Tarakan being the hub where Malinau wood was most commonly sold.

A thousand calories per swipe, Royal Malinau is a juxtaposition of opposites.
Unlike modern day 'Malinau oud' oils distilled from young trees that smell like acetone, what you have here is a thick ghee base... with frosty minty highlights. The most salient feature of true Malinau wood, by the bucketfulls: orange-vanilla creamsicle... and spices warmed under the sun. Dense sandalwoody creaminess... with piercing fumey incense chords dancing along. And the cinnamon, oh that cinnamon! The pears and berries too are there no doubt, but instead of taking center stage, they play their part as they do in the wood: as supporting notes that complement the thick gooey resinous base.

What is it that made Malinau so legendary? Why is it that non-Malinau 'oud' oils (and even non-agarwood, in most cases, like Adau) are adorned with the label 'Malinau' in the market?
Royal Malinau is not just an ambassador of real Malinau oud's dazzling splendor, but given the sheer grade and quality of the wood, a mighty fine one.

It isn't hard to find 'Malinau oud' oils in the market, in fact its the easiest Indonesian oud oil to get a hold of.
What differentiates those Malinau oud oils from the real deal... one swipe of Royal Malinau will reveal.

Fun fact: the wood supplier, in disbelief upon finding out that I would distill this wood, flew over to Malaysia to witness it in person. Wood of this caliber, and now make that Malinau (automatically double the cost)... its just not done.
(but hey, this is Agar Aura!)


Note 1: the first 5 full-bottle orders of Royal Malinau will ship with the actual raw material wood used to distill the oil. So you can not only compare the aroma of the wood and oil side by side, but also see first-hand the amazing caliber of wood used for the distillation.


Note 2: Agar Aura generally does not offer 0.5g or 1g quantities of oil for sale, however Royal Malinau is such a monumental oil and such a 'true' ambassador of REAL high grade Malinau oud, that an exception is being made. If you have avoided our top-tier oud oils due to the cost, this is your chance to get a 0.5g vial without breaking the bank.


Whatever I experienced in Malinau oils has been spoilt. Without exaggeration this oil represents Malinau wood .... the initial green mint blast to the zesty vanillic note .. while having this insane mineral base incense note throughout the mid and base in the scent progression.
While other Malinau oils draw similarities to Walla a bit but this oil stays true to the wood ... i dont know if this is grade of wood or Taha distillation parameters or may be both...
Top stuff 😍
D.P. (UAE)

I've been wearing Royal Malinau quite a bit lately. I've grown to like it even more and getting quite a few unsolicited compliments. Very happy to get a full bottle.
J.L. (USA)

Wow, my friend, that Royal Malinau is something out of this world! The mind buzz off those top notes is dynamite ⚡! Exceptional in every aspect I can think of to describe.
A.S. (USA)

While RS gave me a head buzz like wasabi RM gave me pulsing in my head and cooling down my back. For the physical effect, RM lasted much longer and I can still feel it more than an hour later. Since I practice qigong and energy healing, I know the physical effect are related to the energy and information from the oil...
For physical intensity, RM is a lot longer lasting than both RS and Tia Sang.
J.L. (USA)

Just tried Royal Malinau this evening. This time it’s pretty clear. I get blue cooling. Starts from my head and goes down my back.
J.L. (USA)

I receive royal malinau and ma cha Allah what an oil
A.A. (France)

Royal Malinau REALLY surprised me because it’s so syrupy rich in scent even without letting it settle. I had this constant voice in my head telling me that I should try it and I’m glad I did because it’s full bottle worthy.
S.G. (USA)

Funny thing is upon 1st application I smelled close to NOTHING. Im sitting there thinking.mm well this is interesting. About 15 min later I smell my arm again and I'm like WOW . Smells exactly like hq Malinau chips , but even better. I applied only a little so I thought why not apply a bit more. And then BAM . Sublime potency . There and then I understood what you meant by wholesome. Literally felt like the juices of Malinau woods was seeping into my nose. The butteryness also present and thank god no nuttiness like another highly regarded malinau. And the potency. SubhanAllah.. as I was walking the scent hit me on a whole nother angle. It was so perfumy I thought someone else was wearing something, but quickly realised its coming from my arm.
Wow man wow.
Masha Allah. You need to pat yourself hard on the back man cuz these 2 new releases RS and RM might just be the prettiest things I've smelt all year
T.D. (USA)

I understand why many are crazy about Royal Malinau. Kencana is fantastic in its own right and I though it would be an alternative, nope, Royal Malinau V2 is incomparable.
A.N. (USA)

i like royal jerai and malinau too much...
I like at the top three now in my collection royal jerai, royal malinau and nashila
N.R. (Oman)

Just whiffed Royal Malinau and Royal Sumatra again. Sidi, I might have to one day place orders for second bottles.
M.I. (UK)