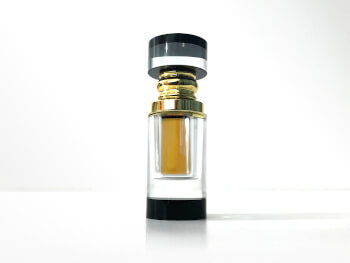 From exactly the same region (Shan State, Myanmar) as Royal Myanma and virtually the same grade of raw material (more on that below), you know this oil will be off the charts.

Royal Myanma had such an intense mind buzz factor that everyone who first encountered it - myself included - instantly got olfactory fatigue from it. It was too much for the brain to handle. Fast forward a couple weeks, the brain was 'vaccinated', but the aroma was still too rich and too complex to wrap the head around. No one, including the most articulate connoisseurs could put it's sublime aroma into the words of mortal men.

I say the grade of wood this time around was 'virtually' identical to that of Royal Myanma, because this batch contained some sinking wood as well (separated, distilled, and to be released later). When a tree reaches the stage of producing sinking grade wood, it means the wood is not only high grade (rich smell) but high quality (aged, more complex smell) as well.
It's that subjective quality factor that bumps this one up even higher.

And then there's that kinamic factor...

Folks asked me if I would classify Royal Myanma as a 'Special K' (kinamic) oil, and were always surprised when I said no. I got it though. That brain-tingling effect in the oil was very strong, something kinam is well-known for.

Take that oil's aroma and brain-tingling effect, and add to it with the cranium-cracking scent and zap of yellow kinam (flowers, honey, a touch of fruit) + yellow kyara (zesty bright honeyed woody), and what you get is Shan Special K.

A superior sibling of an already top-shelf oil (Royal Myanma), this is a beast of an oud. A beautiful dignified beast.