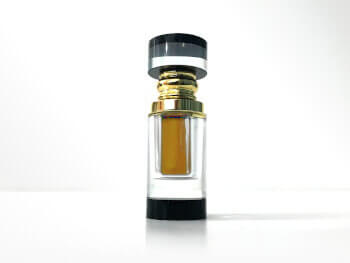 This was the raw material for distilling Royal Myanma, from Tuanggyi, Shan State.
Fully royal-grade oil, or per Agar Aura vernacular it's what we call "ultra royal". In my opinion, it is impossible to distill a Myanma oil of higher grade and quality than this.

To my delight, a lot of folks got curious enough to finally try a fully royal-grade oud oil for the first time, Myitkyina 4K. As expected, minds were blown and tongues were tied.

So what happens when you jump up one more grade-level for the raw material?

For over a year many, including myself, have attempted to try to wrap our heads around it's aroma, and failed. Don't know what everyone's on about, talking about "mind buzz"? Try this oil, and see if your brain can function long enough to grasp it's aroma. From talking about vibrations, to sensations, and imagery, the bulk of feedback has been not about the scent, but what it does to the mind.

My own attempt at the scent breakdown:
Narcotic steely-blue-purple floral twang, bubbling resin, ancient agarwood petrichor, thickened cola concentrate, Japanese top shelf agarwood-soliflore incense. In no particular order.
The scent whole is greater than the parts.
The mind buzz is greater than the scent.

Many Myanma oils came and went, Royal Myanma was distilled far before all of them, and yet didn't get released. I had hoped I'd "crack the code" and be able to put together a worthy writeup.
I couldn't.

Hi Taha! Oh my word! I'm blown away!!!
I just wanted to say that I'm lost for words when it comes to Royal Myanma! It's 100x stronger compared to Blue Malay
I felt literally 'high'
M.M. (Spain)

I just have to say I’ve never experienced anything remotely like it.
It buzzed my brain open. My lady said: now myanma gold smells totally flat, nice but flat and Myitkyina starts to fill in the spaces but RM is laser focused. I had to sit down because my eyes felt all fuzzy.
I literally had to sit down. I literally didn’t know Oud could capture that Japanese incense quality that somewhere a mile away the most beautiful scent is lingering and I’ll never know exactly what it is. The scent of a fond memory from another life.
Just beautiful.
G.R. (USA)

Royal Myanma is insane man. It’s got that bitter, aromatic, sharp clove/cinnamon spice like Mahkota but whereas in Mahkota that profile is out front and more flinty and cooling, in Royal Myanma it’s dialed back a touch and a tad softer with much more stone fruit and tobacco sweetness making it have even more depth and roundness than Mahkota. And I love Mahkota.
M.L. (USA)

It is BY far the most mind-altering oil I own. It IS POTENT. And finally now the scent is starting to move into Heavenly territory. You weren’t wrong, it may be creeping into that level which only a few oils I’ve sampled are in.... Ensars KLTD, NTLTD, your Royal Maluku, Royal Malaya, Royal Malinau, Pailin SK.... mind buzz tops ALL of them....scent is coming around 3rd finally.!
Z.W. (USA)

Royal Myanma seems to be most balanced of the four with mentol medicinal note laid on reddish dry leaves of slightly suede surface. It's not shouting but it doesn't have to. Its whisper gives impression of Genghis Khan's tent with fine carpets,  filled with low light, refreshing evening breeze from outside mixed with subtle and delicate burning incense.
J.G. (Poland)

What do I perceive in Royal Myanma right after application? A certain “smell” (for lack of better term) - nothing I can yet describe, I simply have no adequate referents and perhaps it is simply too complex for me to disentangle. What I am visualizing is a ball of tightly woven scent strings vibrating rapidly. Deep inhales send numbing bolts up my cranium and I notice my facial muscles relaxing. Fuse blown. I realize as I write this that I feel more “embodied”, more present.
30 to 45 minutes after application, with my nose at an arms-length away from my wrists, I start to sense this ball unfurling slowly, slowly. One moment I am getting cooling blue freshness, the next moment I get flecks of purple-red sweetness, the next moment cola soda (my wife - who for the record is generally ambivalent about oud with the exception of Royal Malinau - picked up on the soda facet immediately and even likened it to Dr. Pepper soda, with their 23 flavors  haha). The next moment I sense kyara - a purple, chalky powderiness that rises upwards and is of such depth...such depth...that words fail. I am moved. I will have to send updates later on what I observe as the hours roll on.
What completely blows my mind is that this is just the beginning of the journey. Based on my experience ever-fulfilling relationship with Royal Malinau and Bhamo, I know to expect even greater revelations once as I continue to wrap my head around Royal Myanma.
R.A. (USA)

Royal Myanma might be 2x more expensive, but it's in a league of its own! It's my first encounter with Oud from Myanmar. The biggest question I have now: where do I from here? 😁
By the way, if someone else buys it, make sure to pack in "directions for use": sit down when inhaling otherwise you might get weak knees and tip over! 😀 I had to lean against the wall!
M.M. (Spain)

Will need to time to share my note break down and experience. Right now I'm just in awe of this oil and just enjoying this ride without going into over critical and analyzing mode.
D.P. (India)