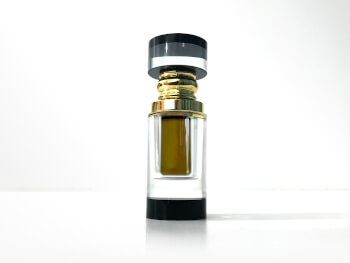 If you already tried the likes of Tokusen Tai, Prachin Special K and Luang, you already know that "Thai oud sucks!" is just the misconception of those whose experience with Thai oud doesn't go beyond low grade oils distilled from young Thai plantation agarwood (99.99% of Thai oils).
As for wild high grade agarwood, it currently stands as the highest quality oud in all of continental Asia.

I will never forget my first oud expedition in South Thailand. Nor can I forget about what was going to be Agar Aura's first wild Thai agarwood tree harvest (alas, stolen by the local agarwood mafia).
But the thing that stood out the most was the unusual flavor of everything that I experienced in this skinny bottleneck region that lies between continental Asia and the Malaysian peninsula. The herbs, the spices, the oud - everything is imbued with a rich unique flavor.

If you remember Rakoku Jinkoh, you'll have a general idea of what to expect in Phan Fa.
But the grade of the wood used for distilling Phan Fa is what puts it in a class of its own. Together with Royal Lao (same grade of wood used), this stands as our highest grade Indochinese oud distillation. On top of that, the tree's ancientness ensured high quality as well.
(Crash course: high grade = oleoresin saturation in the wood, high quality = age of the oleoresin)

Bursting with sheer OUDiness, Phan Fa takes the intensely oudy aroma of Rakoku Jinkoh and adds on even more dense layers of oudiness.

Opening with dark jungly notes, at first you'd almost swear this is Malaysian oud.
And then... the uniquely South Thai flavors slowly begin to unravel. There's Malaysian cola, but its darker. There's Malaysian tamarind, but its more peppery. Everything is 'popping'; the top notes glitter, and the darker tones are glistening black.
As the oil evolves on your skin, the dark jungle notes become drier, more foresty. Crunchy brown leaves on the ground, and golden sunshine gleaming through the trees above. The tamarind persists and is joined by a most unexpected emerging aroma of mouthwatering pear jam. Sensual lilac swirls in later, like a spring breeze ruffling through blooming bushes.

It goes without saying that like any oud oil of such high caliber, the rich spectrum of scent notes is cocooned between dense folding layers of resinous incense.
And the insane mind buzz? Don't even get me started. Boasting raw material similar to the likes of Malaya, Royal Lao, and Royal Maluku, Phan Fa is sure to satisfy the buzz cravings of the finickiest connoisseurs of top shelf oud.


So I’ve had time to really dig into those 4 Thai oil samples you sent my way. They are all very beautiful. Im thinking I need a full bottle of the Phan Fa! It reminds me of fall, it’s the only oil I’ve ever tried that takes me to that season of the year!
C.B. (USA)

Phan Fa. First of all, this can’t be a Thai oil nope not possible. The sheer beauty of Malaysian Malaccensis in the opening is very subtle albeit very intense which doesn’t over power at all. An example would be when you heat some top grade Malaccensis wood at low temp, the initial jungly beauty that arises is what Phan Fa opens with. It doesn’t stay long but get enveloped with all the other components waiting ahead. (Can’t wait to watch the evolution of this oil and what lays ahead.) I knew this was a very special oil, because the shimmery note of L'essentiel Cambodgien was very much present in it. (my first ever AgarAura buy)
The spices along with loose tea leaves coupled with a creamy like notes make this one or the most exotic sheer beauty oil, I have come across. Bravo to the world class master of artisanal Oud oils for sharing this beautiful Oud oil with me. 🙏🏽
A.K. (USA)

I like the opening but the mid I got which usually u get in a very resinated Crassna chip ... Tamarind Jammy Incensy note with a subtle hint of mint ....
The dry down is a show stopper for me... the greens come to play in the dry down and also the cola which is not in ur face but it's there...
It's an oil which unlike Bhamo, Luang, Cintaku or Malinau where u fall in love with at the opening .... this oil requires more study and appreciation and time...
I think to me this oil has less mastery of Taha and more natural oudiness of the wood
D.P. (India)

This one started with a sweet Kyara/ Chinese oud scent and later on it turned into that familiar Thai oud smell. That one is very complex. Well done!
T.J. (USA)

Just tried a small swipe of Phan Fa. Man you knocked it out of park.
Its unlike ant ouds I have tried till date. The scent notes are as mentioned above but my nose gets a light camphorous note somewhere (or is it the combination of Tamarind and Cola. It's a beast oil with a very calming effect.
Very complex indeed right now each notes are easily separated. Again buzz bomb.
Reminds of a mouthwatering imli now. If Orianna was giving a tingle in brain, this one weirdly is giving a lozenges effect on throat and feels like my brain emitted some gas out.
M.P. (UAE)

Its the most unusual oud I have till date. As a profile it hits alot of things in one oil and a collector grade for sure.
Customer

The Phang Nga smells sweet and pear jam for sure. With some hints of tamarind. A sweet oil but beautiful.
N.R. (Oman)

I feel pursat and phang nga have lot in common. It seems like they both have Laos oil vibe
N.R. (Oman)

But the Phan Fa. I think I lost my mind with that oil.
Lost for words. Can’t believe it’s a Thai oil.
- Customer (USA)

Phan Fa
wow.....
this ones gonna catch many off guard, due to its uniqueness .even veteran oud heads - and its no surprise due to the over saturation of typical thai oils on the market which isn't a bad thing, but as they say there's a time and place for everything and the same applies for oudhs. Different tastes for different days.
as for the oil itself, it opens with notes of what i describe to be unrolled cigar leaf. There's a sort of bright yellow citrus vibe accompanied by it. I mean its potent, you can literally feel the oil hit the back of your throat. Slowly it evolves to a type of cucumber scent ( hainan like) but still with a little bit of the plum thai quality we find in thai oils. There's also a bitter/sour bay leaf quality accompanied by it. Then comes the most unique scent I've ever experienced in an oudh oil. Purple. but not any kind of purple. Its almost like .. violets or lillacs.
Im typing as if the scent notes come one after the other, but really its a symphony of all these notes hitting you at once. As time passes some become more apparent than others.
the final moments of this oil leaves you with just that lillac scent which I can detect 7 hours later, by which time all other notes have evaporated.
As for the mind altering aspect of this oil , you gotta experience it to realise it. It does take practice, but its well worth the effort . Phan fa mind buzz if i were to describe it is one that I can feel quickly if im relaxed . The best advice I can give to those who are seeking the mind altering properties of high grade oils is to do it when relaxed and also approach the oil with an open mind. Those that have the pre notion of it not working for them will have a hard time noticing the effects because then we are placing a limit on ourselves which has the potential to block us off from realising its effects.
its not like alcohol or drugs where one is not required to focus to feel.
so approach with an open mind and it shall become clear.
T.D. (USA)

Phan Fa has some of that thick, dark, heavy, molassy, fruity sweetness to it as well.
Z.M. (USA)

I got pretty notes, à la {…}, even better because of the complexity of the overall oil, and the drydown is very beautiful, dark resinous with some jammy notes. It remind me Royale Malinau in a way.
I can smell a velvety leather, like the fiber of the back of a fine leather. No barn for me. For now I really like it!
S.H. (Canada)

PF has a dry leafy smell. i do get a slight bit of purple also along with the lilac smell ypu mentioned , and im getting the malay also but kind of different. hard to explain. not sweet.
actually the sweetness is there but the purple thai flavour mixes with it.
T.D. (USA)

Phan Fa has been my favorite of this round of purchases.
A.J. (USA)

I just tried Phan Fa last evening. Wow what a symphony of rich smells in that oil already.
M.B. (USA)