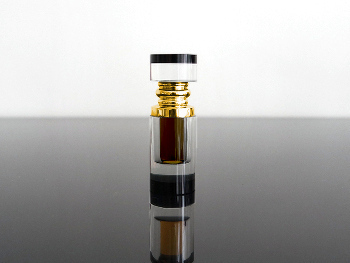 Bois Noir was about 6 years in the making.
Right at the onset of establishing the parameters for our Gen4 distillation method, I couldn't help but image how nicely it would work with Borneo oud. With a distillation test batch done using wild agarwood from East Kalimantan (Indonesian East Borneo) and samples sent out to a few customers (all of whom LOVED the oil to bits, even topped the favorite list for one), this was a project I was very excited about.
But it never bore fruition due to the difficulty of getting a suitable batch of wood from Borneo. Gen4 requires a certain grade and type of wood to work.

I ended up going with agarwood from Semporna, Sabah State (Malaysian Borneo) instead, since the scent profile was the same. At long last, this black hornbill is ready to fly!

There is no doubt the unmistakable cooling mentholated woody character in this oil, the hallmark of all good Borneo oud oils. But that's where similarities to other Borneo oils will end for most folks.
Bois Noir was distilled from Aquilaria Malaccensis, an agarwood species seldom used for Agar Aura's Borneo oud oils. For peninsular Malaysian oud though, this is our staple species.

You could just mix a deep green Malay oud with a bright woody Borneo oud and a dark purple Merauke oud. You could. And you'd come pretty close to the scent of Bois Noir. But if you're a collector of single-source wild oud oils (not blended oils), and always looking for unusual oils, you can't go wrong with this oud.
This is the black sheep, nay, the black bird of Sabah Borneo.